A fire-free summer? Sharjah refocuses on high-rise buildings with cladding 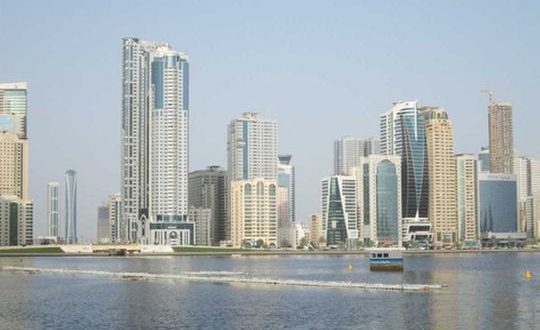 Building owners with cladding on their property have been urged to revamp and upgrade their facades to reduce the threat of fires.

Officials from Sharjah Municipality have carried out several field inspections this week to ensure the highest specifications and standards are implemented in all buildings, especially among those that contain aluminium cladding.

The inspection campaign, which was carried out in commercial and industrial areas, also urged building owners to replace their flammable facades with safer materials while still maintaining the aesthetic image of Sharjah.

Thabit Salem Al Turaifi, Director-General of Sharjah Municipality, said the campaign was made in line with the emirate’s goal to ensure the highest standard of safety for residents, “which is a top priority”.

He explained that the inspections aim to regulate and control the number of buildings with aluminium cladding and make the necessary recommendations to owners.

Khalifa Bin Hadda Al Suwaidi, assistant director-general of the Engineering and Buildings Sector, pointed out that the municipality is keen to provide the necessary facilities for building owners to adhere to all safety requirements and replace aluminium claddings, which were banned in 2017 after being deemed as a factor in major fires.

The banned aluminium composite cladding fueled Sharjah’s more recent fire incident, causing it to spread throughout the 49-storey Abbco building in the Al Nahda area of Sharjah, on May 5, 2020.

He said the Abbco Tower was fitted with cladding that had been banned in 2016 and that only new builds of less than seven storeys or 23 metres – to allow for fire engine ladder length – were now allowed to fit the cladding.