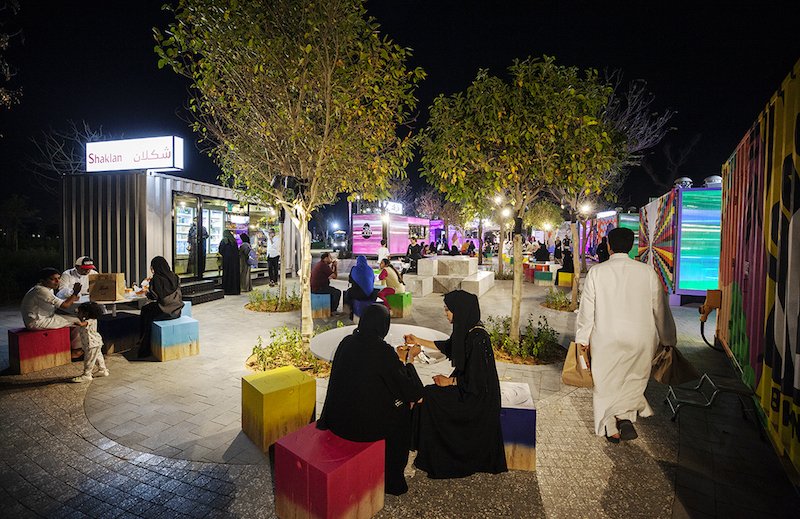 All films at the 150-capacity cinema will be free to enter, on a first-come, first-served basis

Sharjah developer Arada has unveiled the opening line-up of films to be screened at the emirate’s drive-in cinema, Movie Nights at Aljada, which opens on July 1.

The schedule includes a range of family, action, and comedy classics, in both Arabic and English.

All films at the 150-capacity cinema will be free to enter, on a first-come, first-served basis, with all current and future government guidelines with regard to social distancing and safety strictly adhered to, a statement said.

The first movie to be shown at the cinema will be superhero classic The Avengers, which will be screened at 8 pm on Wednesday, July 1 at Madar at Aljada, the recently opened family entertainment destination.

The first Arabic language film to be shown at the cinema will be Egyptian comedy Zaki Chan, which will be screened on Sunday, July 5.

The full schedule of movies and timings and further details about the cinema can be found both on the Movie Nights at Aljada website and the Aljada website, as well as Aljada’s social media channels.

Future plans for the drive-in cinema include movie double bills and themed nights and weekends, the statement added.

Visitors to the cinema will be allocated specific parking spaces, depending on the size of their car, and will be able to access the sound of the movie by tuning their car radios to 87.7 FM.

People are encouraged to arrive at least 10 minutes before the film is scheduled to begin, switch their headlights off and remain in their cars at all times.

Visitors can order F&B directly from Zad at Aljada, the new drive-thru food district featuring 17 different types of cuisine. People can either visit the drive-thru prior to entering the cinema, or order via the website. Meals will then be delivered directly to cars.

Sheikh Sultan bin Ahmed Al Qasimi, chairman of Arada, said: “We have been delighted with the response to the launch of Madar at Aljada, which has now welcomed well over 130,000 visitors since its public opening in February.”

Opened on February 27, Madar at Aljada is the first part of Sharjah’s largest megaproject to be completed. Designed by Zaha Hadid Architects, the entertainment district contains the Aljada Discovery Centre, a children’s adventure playground, a skatepark, an indoor events space and an amphitheatre.

Located in the Muwaileh district in the new Sharjah, Aljada is a master-planned destination with a sales value of Dhs24bn.

Construction on Aljada began in 2018 and the first homes are scheduled to be handed over to owners in the third quarter of this year.