Arada’s Ahmed Alkhoshaibi debuts at no. 36 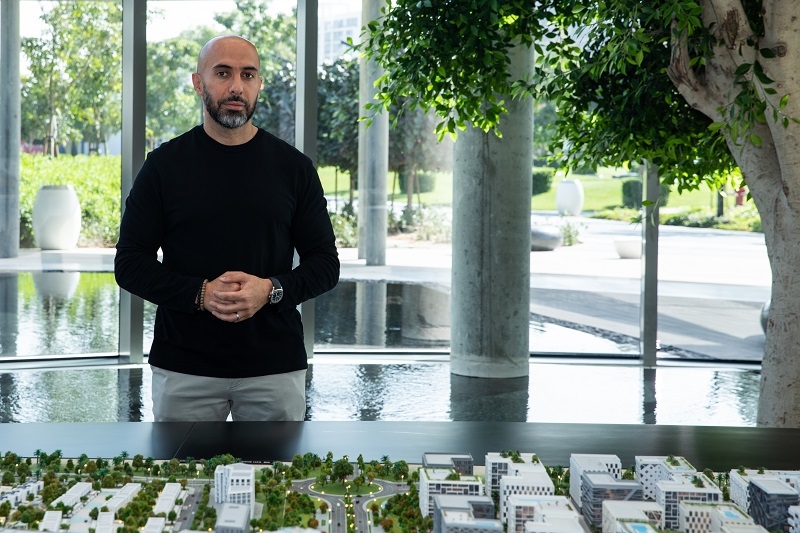 Arada is developing the 2.2km2 and $6.5bn (AED24bn) Aljada megaproject Sharjah among other projects.
Arada, a joint venture between KBW Investments and Basma Group, is ramping up its efforts on providing an uplift to Sharjah’s real estate landscape.

The developer started the year on a high note, marking the launch of its third project, a 1.76 million square metre mega community Masaar.

Arada, which is headed by Ahmed Alkhoshaibi as the CEO, and is developing the 2.2km2 and $6.5bn (AED24bn) Aljada megaproject Sharjah, has awarded several contracts in the past twelve months.

Recently, the developer awarded a $49m (AED 180m) contract to Al Ashram Contracting to build The Boulevard within Aljada. In August 2020, the $115.1m (AED 423m) contract to build East Village, within Phase 2 of Aljada, was awarded to Best Building Contracting Company.
Previously, the developer has also awarded contract for works on Phase 1 of the SABIS International School within Aljada to Al Zamalek General Contracting, in addition to a $27.8m Phase 2 infra works contract for Aljada to Al Marwan General Contracting Company.

In February 2021, Arada awarded a three-year facilities management contract to Emrill and a $100m contract to build Nest within Aljada to Intermass Engineering and Contracting Company.

On the HSE front, Arada recorded 12 million safe man-hours without LTI, as of March 2021 on Aljada megaproject.

After contributing to Sharjah’s real estate, Arada is eyeing the rest of UAE in terms of growth and business.