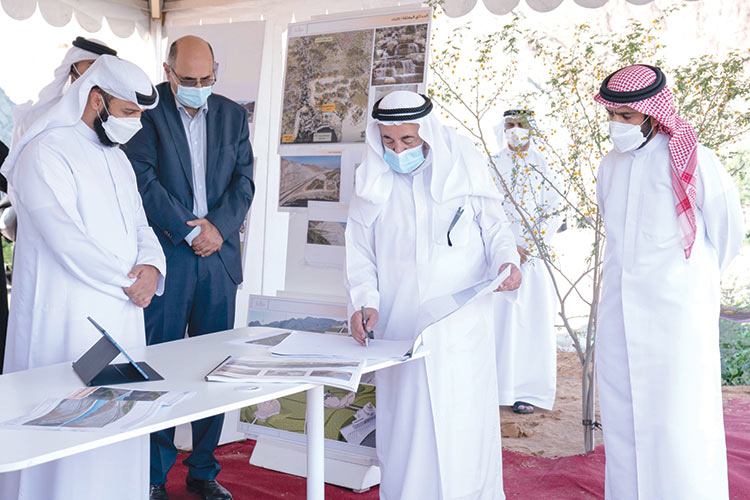 His Highness Dr Sheikh Sultan Bin Mohammed Al Qasimi, Supreme Council Member and Ruler of Sharjah, has approved construction of a housing complex of 434 units in Al Hari area in Khorfakkan city at a total cost of Dhs430 million. The complex, which has been scheduled to be completed in two years, is part of the developmental projects in the Emirate of Sharjah, which aim at providing decent living for the citizens in Sharjah.

This was revealed by Eng. Khalifa Al Tunaiji, Head of Housing Department in Sharjah, in his intervention with the “Direct Line” radio programme on Monday.

Al Tunaiji explained that the housing units would be of different and varying divisions, including two-floor-units and housing for underdeveloped families. He also pointed out that these housing types serve the existing diversity, based on the segments and numbers of families and their members.

“This project is among a series of projects that will be carried out under the directives of His Highness the Ruler of Sharjah, who previously directed to construct 4,400 units in the emirate,” he added.

In his conversation with the Direct Line Programme, broadcast live on Sharjah Broadcasting Authority, Major General Saif Al Zari Al Shamsi, Commander-in-Chief of Sharjah Police, valued the support given by Sharjah Ruler and Sharjah Crown Prince and Deputy Ruler, adding that non-commissioned officers account for 35-40 per cent of Sharjah Police.

As many as 1,600 non-commissioned officers will be promoted from first policeman to first adjutant, effective from today, according to Sharjah Police’s administrative decisions, he said.

A total of 236 officers will also be promoted to the next rank including 8 first lieutenants, two captains and 4 majors, he added, noting that a detailed study on senior officers would be submitted to Sharjah Ruler for promoting officers from lieutenant colonel to colonel from the federal and local staff.

Al Shamsi explained that there is no need to worry about the mechanism for notifying the beneficiaries of the current promotion process, as they will receive special messages or direct contacts to this effect from the department of human resources.

Sheikh Sultan Bin Mohammed Al Qasimi stressed the comprehensiveness of Sharjah’s plans and strategies concerned with urban development and infrastructure, to maintain its civilized position as an integrated emirate in terms of infrastructure and facilities suitable for all segments of society, and to enhance the environmental role it plays in preserving the components of the environment.

The Crown Prince also praised the efforts of all government departments and bodies working in planning and developing infrastructure and implementing the best development projects under the guidance and follow-up of His Highness Dr Sheikh Sultan Bin Mohammed Al Qasimi, Supreme Council Member and Ruler of Sharjah.

He directed the necessity of coordination and follow-up between the authorities concerned with development projects to provide them with all services that they need to keep pace with modern development and consider future aspirations.